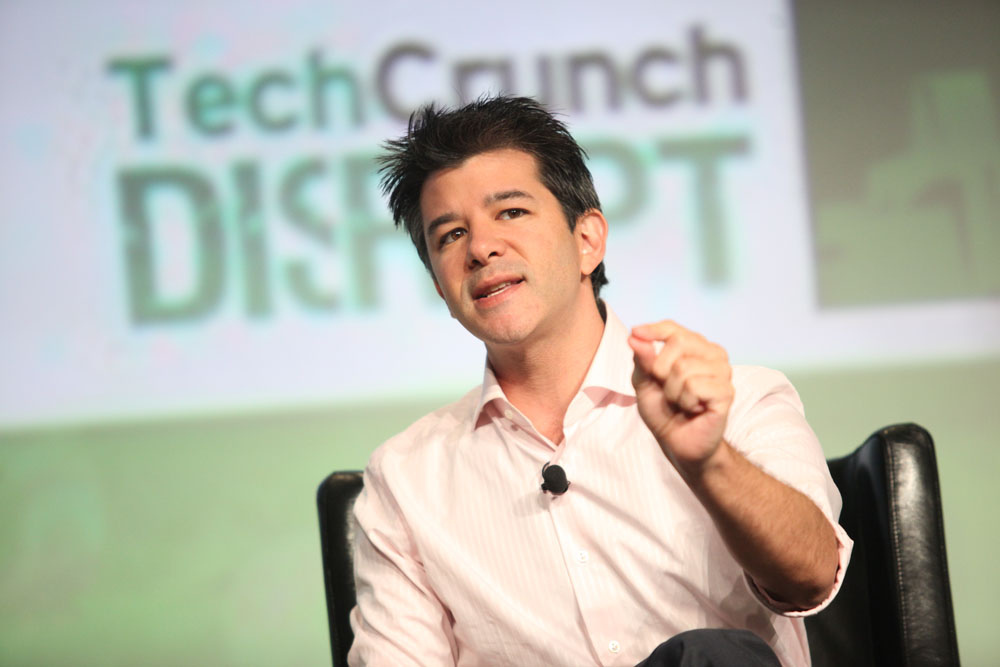 Do you remember your first job? What about your second or third?

Whether you remember the day-to-day work or not, I’m sure you recall that each job offered a learning experience. And during your growth and transition within your career, you no doubt learned a thing or two about the way work œworks.

Specifically, as we moved into working adulthood, we began to understand where we fit on the totem pole of control within our organization. Every day, many of us endured a barrage of questions, concerns, and gripes about the way things were, typically resulting in the feeling of œI don’t make the rules. Sorry.

However, there were some that dared to strive to move up the corporate ladder, or to be their own bosses, with the hope of gaining control. To gain power and become the one who œmakes the rules.

They Call It Ambition

Making it to that level takes ambition. And the truly ambitious tend to be the industry leaders, the innovators, the disruptors”the Travis Kalanicks of the business world.

Call Kalanick what you want, but he was/is as ambitious as they come, cofounding Uber with Garrett Camp in 2009, not too long after selling his startup Red Swoosh to Akamai for $19 million in 2007. What started as a simple, technology-based solution to a common problem (hailing a cab), Uber has grown into a global beast that shows no signs of slowing down.

In fact, Kalanick and his team have successfully (for the most part) navigated the ever-changing world of regulations and expanded to fill additional niche holes. For example, Uber offers food delivery, fittingly called UberEATS. They even have helicopter transportation, aptly named UberCHOPPER.

The results of Uber’s growth have been welcomed into millions of lives (and on millions of phones) and no doubt contributed to the solidification of crowdsourced labor.

But how have the results been internally? Recent news has highlighted complications within Uber, no doubt due to uncontrolled growth and expansion”with no regard to ensuring internal workings properly support that growth.

Becoming so caught up in one’s own hype and rapid success presents a new set of problems, namely the inability to consider outside perspectives or warnings.

Whether it was getting caught on video being rude to one of his own drivers, or ignoring local laws resulting in millions of dollars in legal fees, Travis Kalanick’s ambition appears to have finally gotten the best of him: He’s stepping down as CEO œunder pressure and to answer major investors’ call for a œchange in leadership.

Growing Pains for Uber and Kalanick

Since its inception in 2009, Uber has relied on capital from investors”over $12 billion, in fact, and increasing. Even Jeff Bezos of Amazon (who can’t seem to stay out of the news either) was one of Uber’s earliest investors.

Newsflash: When someone else is paying the tab, it’s a bad idea to be overtly cavalier.

Taking on investors means the company isn’t just yours anymore. And understanding this fact is one of the many growing pains of a rapidly developing organization, especially one funded by outside parties.

And from an operational standpoint, there are surely things within the company that could be improved, but there’s a growing feeling that Kalanick’s departure as CEO will amount to little, if any, change to the drivers and other support teams. Despite corporate culture often starting from the top, the culture at Uber is now at a point of being fully ingrained, unless direct action is taken to change it.

This Isn’t the End

But perhaps this is all simply a PR move, as Kalanick will still be on the board of directors. Which isn’t that surprising really. Companies still need visionaries at their disposal, or else they risk stagnation and being leap-frogged by those who have taken advantage of learning from the mistakes of others.

Our thoughts? We work with organizations every day to help transform their operations and ensure sustained growth and success. It’s easy to use hindsight to point out what we’d have done differently, or how we’d have advised, but this a great reminder to heed the advice of objective, outside sources.

Ironically, sometimes transformation from within begins from outside.

Think your professional network will find this article of interest? Share it. We don’t mind!